Fast data capture with FMCW LiDAR? The answer lies on a chip. 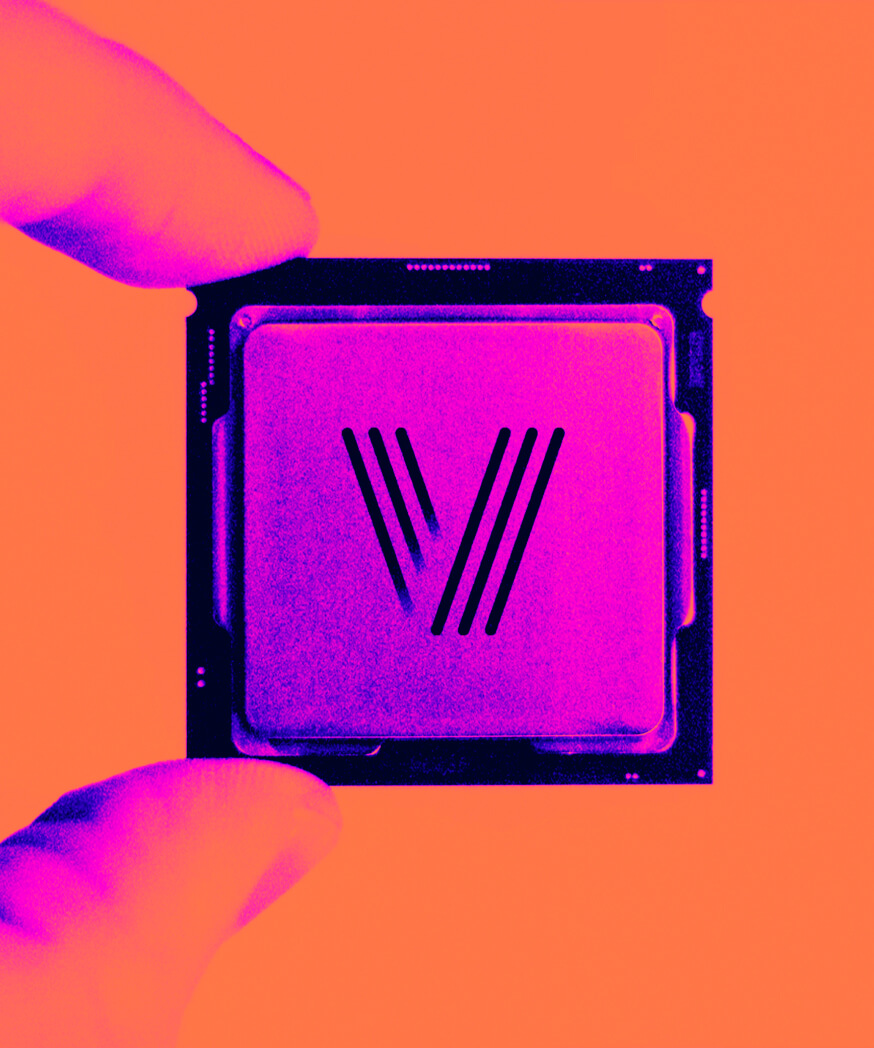 Photonic chips provide the only way forward for FMCW LiDAR for one big reason: multiplexing

FMCW LiDAR has many advantages over time-of-flight (ToF) LiDAR, including the ability to measure instantaneous velocity, natural immunity to interference and sunlight, as well as improved long range performance and finer-grained depth resolution. Despite these advantages, it has lagged in popularity compared to its ToF LiDAR cousin through the last decade. This slow adoption is due to several factors such as system complexity and supply chain, but one of the key reasons is data rate. It’s more challenging to build an FMCW LiDAR that delivers as many points per second as leading ToF systems. This is why any LiDAR units you see driving around on top of cars today are ToF, not FMCW. That’s all about to change.

Data rate is important because the more points per second a sensor can capture, the more information it knows about the world around it. All these points help to resolve objects that are smaller, further away, and faster-moving in order to react quickly and make better informed decisions. Many use cases demand hundreds of thousands to millions of points per second of LiDAR data to accurately identify distant objects, map detailed environments, or make fast decisions in safe, reliable systems.

Why are high data rates a challenge for FMCW? It comes down to a problem of scalability, which is why the solution lies on a semiconductor wafer, one of the best embodiments of scalability anywhere in the world. A single FMCW LiDAR transceiver is able to deliver only a fraction of the data most use cases require, and each transceiver is typically too costly and too large to make a system with many in parallel that would have a high enough data rate. If you could shrink these components onto a chip you would reduce the size and cost dramatically to the point where a high data rate FMCW LiDAR product would not only be realizable but small and inexpensive enough for widespread adoption across all kinds of industries. This is what we have set out to do at Voyant. Our products are built using silicon photonics to leverage this fundamental scalability advantage.

Silicon photonics repurposes the CMOS electronics technology platform to make micro and nano-scale optical circuits for manipulating light. The microscopic components on our chips replace lenses, beamsplitters, and fibers in the same way that transistors replaced vacuum tubes. But this is not for convenience. The ability to put billions of transistors onto a tiny chip that’s affordable and fits inside your phone gives us the power to make systems with far higher performance and sophistication than was even conceivable when there were only millions of transistors, let alone when transistors themselves were several inch long tubes. In the same way, a chip-scale FMCW LiDAR can achieve high performance at a low size and cost that’s entirely unattainable by any discrete systems.

Let’s break this down a bit.

Let’s start with a single FMCW LiDAR transceiver, which is basically a special laser, mixer, and detector. The laser has a narrow linewidth and a continually-modulating frequency. The detector is a moderate-bandwidth photodiode that listens for a beat tone between a local reference and the returned laser light after it has bounced off a distant object. Each LiDAR pixel requires a minimum dwell time in order to detect an object a certain distance away, and a single transceiver is capable of delivering up to 1/dwell time number of points per second. Long distance ranging at 200m or more requires a dwell time of tens of microseconds, which translates to tens of thousands up to maybe 100,000 points per second out of a single FMCW transceiver. That’s pretty far off from where we need to be.

A straightforward solution to boost the data rate is to make a LiDAR unit that transmits and receives multiple beams in parallel. For a goal of around one million points per second we’ll need upwards of 10 to 20 or more parallel FMCW transceivers.

The typical laser/detector pair often dominates the cost of a discrete FMCW system, so using 10 or 20 parallel transceivers actually multiplies the cost of the system many times. The laser/detector pair alone can easily cost hundreds of dollars, with the majority of this cost coming in the expensive package. Diode lasers that may be used for FMCW, as with standard telecom lasers, are traditionally packaged with a fiber in a hermetically sealed gold box butterfly package, which is commonly the main cost driver for datacom transceivers. Putting ten or more of these inside a LiDAR sensor brings the cost of lasers and detectors alone into the thousands of dollars. This is not a big deal for military applications, where FMCW LiDAR has successfully operated for many years, but is a non-starter for almost all commercial applications.

Size is also a key consideration. With each laser/detector pair on the order of 1–2 cm wide, plus amplifiers and associated electronics, a bank of 10–20 transceivers alone is about the length of a shoebox, and that doesn’t even include the rest of the system of fibers, mirrors, lenses, and electronics. Along with cost, the large size of today’s LiDAR products will continue to be a barrier to the widespread adoption of 3D sensors in applications well beyond automotive.

This is much like the progression of digital camera technology. The large CCD cameras of the 1990s were useful digital cameras, but it was not until after the CMOS image sensor came along that cameras became entirely ubiquitous throughout our world as they are today.

The same will be true for LiDAR.

Scalability is a major strength of silicon photonics as a technology platform, as it supports complex optical circuits packed onto a tiny chip while having little impact on cost or size. One powerful means of chip-level scaling is through multiplexing, or combining multiple signals into a common optical data pipeline to increase data flow. Silicon photonics is well suited for multiplexing parallel data channels together onto a single chip. For chip-scale LiDAR, there is absolutely no need to reinvent the wheel here: multiplexing with silicon photonics is a commonly used, mature technique in datacom applications.

Wavelength-division multiplexing (WDM) multiplies the data throughput of a communications link by transmitting different information using different colors of light through the same waveguides and fiber channels. Other forms of multiplexing can transmit more data by leveraging different independent waveguide modes, spatial locations, or even angular momentum, each of which have multiple channels coexisting with minimal cross-channel interference. These systems are actively used today in both data centers and telecom links, with 4- to 8-channel WDM transceivers already deployed in datacom and upwards of 96 WDM channels carried together through a single telecom fiber. Each flavor of multiplexing leverages its own set of photonic components and strategies, some of which are applicable or adaptable for creating a highly multiplexed high data rate chip-scale LiDAR system.

In our chip-scale LiDAR systems, lasers and amplifiers are integrated at the chip-level directly onto the silicon photonic chip, where they sit right beside the beam steering and receiver optical circuits. Instead of centimeters, each laser or amplifier chip takes up millimeters or less of space and is attached using a quick passively-aligned die attachment. An entire array of these fits inside the footprint of just one single discrete laser package. By using this approach, the laser and chip attachment together cost less than one tenth that of the traditional large discrete components. The photodiodes are integrated as part of the silicon photonic wafer-scale fabrication process and are extremely compact in size, so the marginal cost of even many dozens of detectors is almost negligible. Beyond the detector, the analog receive chain electronics are implemented in a very small CMOS electronics chip, making both size and cost a non-issue, and once signals are digitized the data rate and processing simply scale with the desired number of points per second for the LiDAR product. Altogether, this makes for a highly scalable system that can easily accommodate 10–20 or more parallel FMCW transceivers in order to deliver upwards of 1 million points per second at a cost and form factor small enough to enable widespread adoption across countless commercial applications.

The future is inevitably going to be bristling with 3D active sensing everywhere, and the way to make that a reality is to put 3D sensing onto a chip.

Voyant Photonics is laser focused on making that a reality. 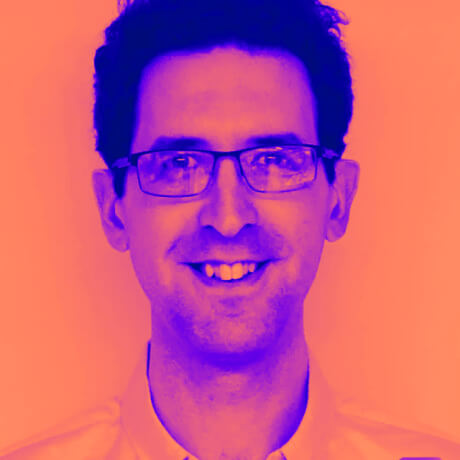